Canon Inc. is an interesting option for those looking to invest in a Japanese company that derives most of its revenue from sales abroad. It’s a multinational manufacturer of imaging and optical products, such as cameras, camcorders, computer printers and photocopiers.

Since the end of 2011, Dutch printer maker Océ has been a wholly-owned subsidiary of Canon Inc.

With its global headquarter in Tokyo, Canon Inc. also have regional headquarters throughout the world. The two principal subsidiaries for the European market are Canon Europa NV in Amsterdam and Canon Europe Ltd in Uxbridge, UK.

Canon has its roots in the company 精機光學研究所 (Seikikōgaku kenkyūsho), known in English as Precision Optical Industry Co. Ltd. 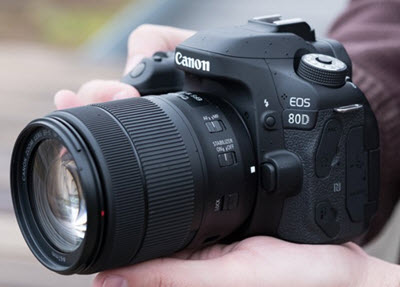 In 1934, the Kwanon was created – a prototype for Japan’s first-ever 35 mm camera with a focal-plane-based shutter. (This prototype was largely derived from cameras produced by the German company Leica.) The name Kwanon comes from the Buddhist bodhisattva 観音, whose name has variously been transcribed to English as Kwanon, Kwannon, Kuanyin or Guan Yin.

During its early years, the company didn’t have the facilities required to produce its own optical glass and used lenses from Nippon Kogaku K.K. (the later Nikon Corporation) instead.

1976: Canon introduces a camera with an embedded micro-computer.