FANUC, including the Fanuc Corporation, provides automation products and services, such as robotics and computer numerical control systems. FANUC is one of the main makers of industrial robots in the world, and its client list includes many prominent automobile and electronics manufactures around the globe. With approximately 2/3 of the global market, FANUC is the largest maker of CNC controls by market share.

Worldwide, FANUC is present in over 45 countries through 240+ subsidiaries, offices and joint ventures.

One of the reasons why I have chosen to invest in the Fanuc Corporation is because I predict that automation will become increasingly important in China in the years to come, and Fanuc is ideally positioned to supply Chinese manufactures with the products they need for this shift. Fanuc is already a major supplier to Chinese factories and is a very likely partner for the predicted “robot boom” in China. At the time of writing, the Chinese manufacturing industry have about three robots per 1,000 human workers.

Short facts about the Fanuc Corporation

The Fanuc Corporation The company name Fanuc is derived from Fuji Automatic Numerical Control. In its early days, Fanuc was the part of Fujitsu Ltd that developed numerical control and servosystems.

It started in 1955, when Fujitsu Ltd asked the young engineer Seiuemon Inaba to head a new subsidiary that would focus on numerical control; a form of automation where instructions to motors were encoded into punched or magnetic tape. After three years of research and development, the subsidiary could ship Fujitsu’s first numerical-control machine to Makino Milling Machine Co. 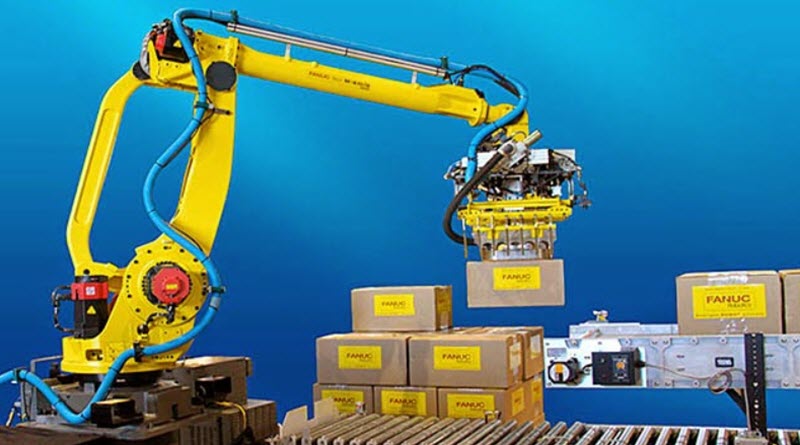 FANUC Ltd was created in 1972, as the Computing Control Division became an independent entity. At this point, all the ten major CNC companies were located in the USA, but ten years later FANUC Ltd had captured half of the global CNC market.