Komatsu Limited is a Japanese multinational manufactoring corporation with manufactoring operations located in Asia, Europe and the Americas. Its key products are heavy equipment for construction, mining, military and industrial use. It does for instance make the D575, which is the largest bulldozer in the world. Another famous product from Komatus is the PC200-8 Hybrid. Launched in 2008, this 360-degree excavator stores the energy from slew-braking to boost power and reduce fuel consumption. 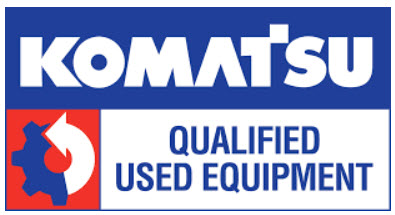 Komatsu is the world’s second largest manufacturer of construction equipment and mining equippment; only Caterpillar is larger. Japan and China are two examples of important markets where Komatsu actually have a larger market share than Caterpillar.

Within the field of industrial equipment, Komatsu is renowned for its press machines, lasers and thermoelectric generators.

Komatsu Limited is a part of the Komatsu Group. This group consists of 183 companies, including 146 consolidated subsidiaries and 35 that are accounted for by the equity method.

Since 1989, the time-honoured European manufacturer Hanomag, founded back in 1835, has been a wholly owneded subsidiary of Komatsu.

Since the 1970s, international expansion has been a very strong trend for Komatsu Limited. 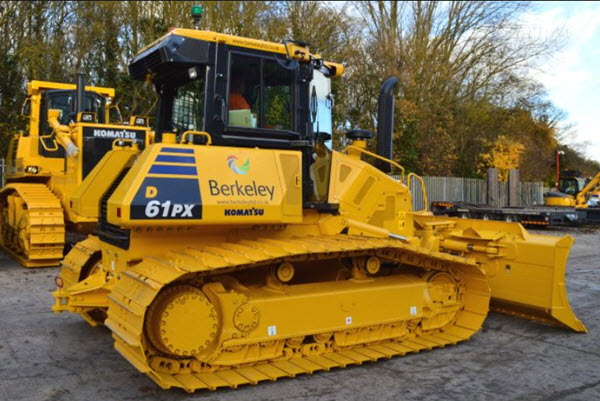 In the 1990s, Komatsu expanded strongly in Asia, and also formed successful joint ventures with Cummins to manufacture Cummins engines in Japan and the USA. This was the decade when Komatsu moved strongly into markets such as China, Thailand, Vietnam, and India. (Note: Komatsu sold its shares in L&T-Komatsu Limited in India in 2013.) Towards the end of the decade, Komatsu Brasil International Ltda was created to strengthen Komatsu into the South American market.

The 2000s saw Komatsu making strides into Europe. In Germany, they established a partnership with The Linde Group, in Italy they formed Komatus Italy S.p. A and in Sweden they purchased the forest machinery manufacturer Partek Forest AB. Towards the end of the decade, Komatsu moved into Russia with the formation of Komatsu Manufacturing Rus, LLC.

Komatsu has its roots in the subsidiary Komatsu Iron Work, which was created by Takeuchi Mining Industry to create the industrial tools needed for the parent company’s mining operations. The subsidiary was named after the city Komatsu. In Japanese, ko matsu means small pine tree.

When the subsidiary had grown big enough, it was spun off as the public company Komatsu Ltd in May 1921. Ten years later, Komatsu took a big step by producing its first agricultural tractor prototype. This would soon lead to the company making tractors for the Japanese military, and eventually also tanks, howitzers (a type of artillery piece) and bulldozers. After World War II, Komatus branched out to produce non-military bulldozers and forklifts. Another important year for Komatsu was 1949 when it produced its first diesel engine. By 1957, all models manufactured by Komatsu had Komatsu engines.

In the 1950s, Japan was quickly putting itself back together after the massive destruction brought on by the war and equipment from Komatsu was in strong demand – especially bulldozers. Komatsu moved its headquarter to the capital and enjoyed a period of strong growth on the domestic market.

In the 1960s, Komatsu began selling its products abroad. During this era, Japanese postwar products had a reputation for being low-quality, a reputation that Komatsu struggled fiercely to shatter.