Examples of key products for Takeda are pharmaceuticals for the treatment of metabolic disorders, gastroenterology, neurology, inflammation, and oncology. The oncology pharmaceuticals are developed and produced by a subsidiary; Takeda Oncology.

One of the firm’s main sellers is the drug Actos, which is used in the treatment of type 2 diabetes. Launched in 1999, Actos quickly became one of the world’s best-selling diabetes drugs.

Takeda Pharmaceuticals was founded on the 12th of June, 1781, but it would take almost two centuries before Takeda really begun its international expansion. In 1977, Takeda entered the U.S. market through a joint-ventures with Abbott Laboratories, a cooperation that led to the launch of the commercially very successful drugs Lupron (against certain cancers) and Prevacid (a proton-pump inhibitor).

In April 2015 Takeda agreed to pay a settlement of 2.37 billion USD to an estimated 9,000 people who claimed that the diabetes medicine pioglitazone had given them bladder cancer.

Takeda has its two primary bases in Osaka and Tokyo.

The United States subsidiary is located in Deerfield, Illinois.

Takeda’s Global Operations office (for activities outside Japan and the USA) is located in Opfikon, Zürich, Switzerland. 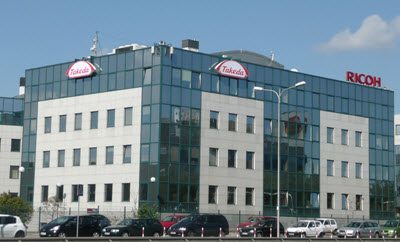 The era of many acquisitions

At the end of the 20th century, Takeda embarked on a road of rapid expansion through acquisitions.