Founded in the 1930s, Motor Corporation became the world’s largest automobile maker in 2008 when it displaced GM, and it has held on to that position ever since. 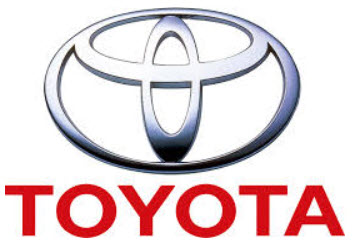 As of October 2016, Toyota Motor Corporation was the 5th largest company in the world by revenue.

In addition to being a dominating manufacturer of traditional motor vehicles, Toyota Motor Corporation is also an acknowledge forerunner in the field of hybrid motor vehicles. In January 2017, the cumulative global sales of Toyota and Lexus hybrid passengers car models reached the 10 million milestone, and Toyota is currently the world’s market leader in sales of hybrid electric vehicles. It is a leading force for mass-market adoption of hybrid vehicles worldwide, with its Prius family being the world’s top selling hybrid nameplate.

Toyota has a large market share in the United States and is also a market leader in Australia. In Europe, its market share is considerably smaller. Toyota sells vehicles worldwide, and is for instance a major player in many African and South American countries. Through its Daihatsu subsidiary, Toyota has significant market shares in several fast-growing Southeast Asian markets. 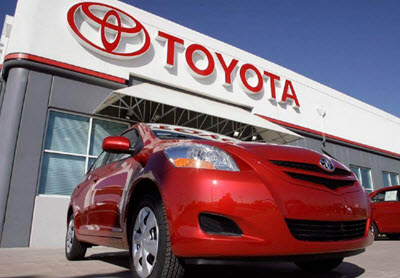 Toyota is famous for developing and implementing the concepts Lean Manufacturing and Just In Time Production. Today, Toyota’s managerial values and businesses methods are known collectively as The Toyota Way. Adopted in 2001, the Toyota Way 2011 is an expression of values and conduct guidelines applicable to all Toyota employees.

External analysts have boiled down the Toyota Way to the following components:

Toyota has developed multitask robots intended for manufacturing, entertainment and the care of humans. In 2004, they garnered a lot of publicity by unveiling a trumpet-playing robot. Toyota also participated in the development of

The Brain Machine Interface is designed to make wheelchairs easier to operate for the user. Created by Toyota, this interface allows the user to control an electric wheelchair by thinking about how they want the chair to move. Using their own mind, the wheelchair user can make the chair go right, left and forward, and the delay between thought and movement is just 125 milliseconds.

Toyota is a minority shareholder in Mitsubishi Aircraft Corporation.

Toyota has also considered participating in general aviation market. In 2002, they contracted with Scaled Composites to produce the proof of concept aircraft TAA-1.

Toyota continuously invests in promising start-up businesses in the biotechnology field. This is a few examples of ventures in which Toyota is involved:

Toyota is the inventor of the free-motion embroidery sewing machine Oekaki Renaissance.